Since self-driving cars can communicate with themselves, they end up driving slower and stopping less which in less traffic throughout the day. Not to mention, self-driving cars are rarely the cause of accidents which are usually the main reason for high congestions of traffic on the highly way on a daily basis. 2. Safer Roads. 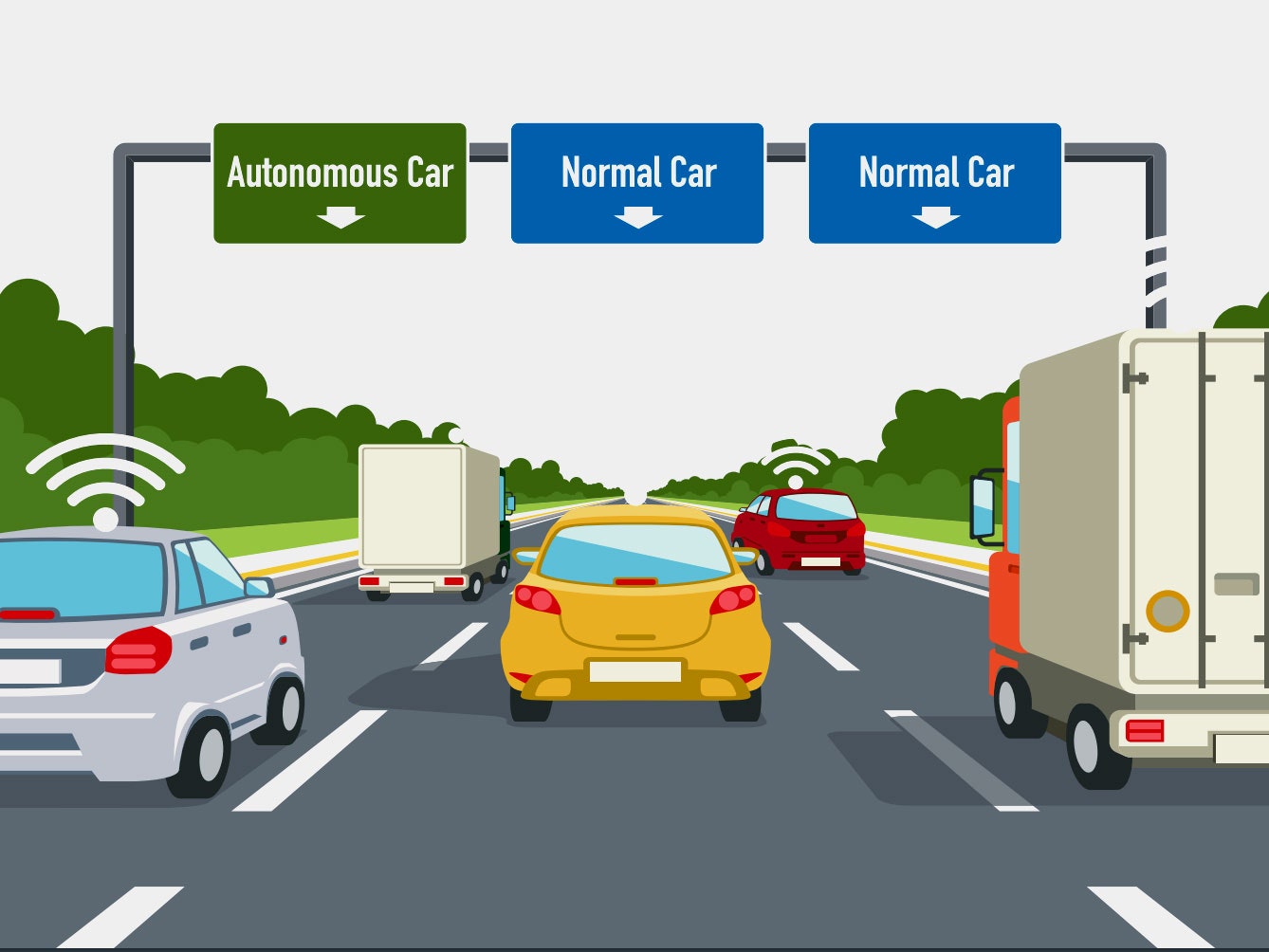 The Benefits of Self-Driving Cars

Improved Safety Often times, there is fear associated with a fully autonomous world. However, the fact that autonomous vehicles improve safety should not be understated. By removing people from the driving equation, we remove the large potential for human error, and can expect an incredible leap in safety.

Fewer accidents. Fewer injuries. Fewer fatalities. Thus, autonomous vehicles should not be feared, but rather celebrated. This increase in safety also further reduces the pressure and cost of secondary factors such as emergency and medical services, government roadway management and beyond. Less Traffic Just as humans are the leading cause of accidents, we are also the main reason for traffic.

It just takes one person slamming on their brakes or cutting someone off on a busy highway to cause a traffic jam, with ripple effects that could last for miles. Cars would no longer be controlled by individuals, but rather would all work together as a unit, moving as one, getting rid of unnecessary brake slamming and traffic jams. But, wait. Your car can drive itself without you even being in it.

That means that your car can drop you off at the entrance of work or the grocery store or wherever you are going, and then park itself. Not only would you be spending less time in your car every day, but because your car can drive itself, you will also have free time during your commute to maybe read the morning paper on the way to work, rather than before. The possibilities are endless! Environmental Benefits Last, but certainly not least, self-driving cars will be extremely helpful in reducing CO2 emissions and global warming.

Many autonomous vehicle manufacturers, such as General Motors and Tesla, believe that self-driving cars should be completely electric, meaning zero emissions. Other companies, like Ford, are making the push for hybrid self-driving cars, which still would have some global warming effects, but not nearly as much as on the road right now. Even with cars still partially running on gasoline, autonomous vehicles would have the capacity to maximize fuel efficiency, and minimize harmful emissions, reducing both climate change and air pollution.

Less accidents. Less stress. Good for the environment. Seems pretty great to me.